Program for optimization of cutting of Schnitt Profi(t)

MOS production management system – for the woodworking and furniture industry

Company CEWM (Caucasus Euro Woodworking Machinery) is an exclusive dealer of the Homag Group company in Azerbadzhana and Georgia.

50 years ago on January 1, 1960 the largest producer of the woodworking equipment - HOMAG concern was founded, and its impressive history of success from this point began. From small firm to Gerhard Schuler and Eugen Hornberger, two founders, it was succeeded to create the major world concern taking the leading positions in woodworking branch with total number of employees more than 5000 people. Since 2007 the HOMAG Group AG firm is registered also at the exchange. On the woodworking equipment of Homag, first of all, elements of furniture, windows, floor coverings, ladders, and also the equipment for wooden frame and panel housing construction are made. Innovative inventions, such as creation of the first kromkooblitsovochny machine, awakened wide interest which use allowed firm of Homag to create early enough accurate strategy for development of the international market. In 70 years creation of an extensive network of the trade and service organizations began, also exclusive trade partners in all important regions of sale appeared. From 16 firms – the producers of the woodworking equipment entering into group 5 are outside Germany. Along with Spain and the USA the concern is guided also by emerging markets in South America, Asia and Eastern Europe and makes here first of all standard machines for the corresponding regional requirement. Because Homag early declared itself as about the world enterprise, 80% of a turnover of firm make sales the abroad, at the same time machines and installations are exported to more than 100 countries of the world.
Contacts 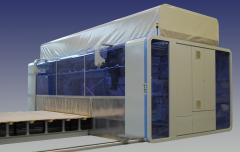 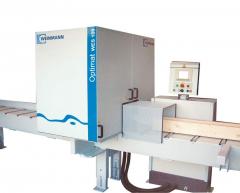 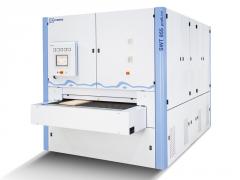 The equipment for packing
15

Equipment for manufacturing of construction material
3

Program for optimization of cutting of Schnitt Profi(t)
In stock
The HOLZMA company offers the highly effective and ergonomic program for optimization of cutting of plate materials. This program optimizes waste, or, depending on the version, the general expenses when cutting consisting of the cost of processing and expenses on material. Schnitt...
Group: Software
Contact supplier

Software Identification
In stock
Thanks to existence of barcodes which supply all preparations it is possible to trace their way in production and to define all necessary working operations. This streamlining facilitates further work with details: their sorting, warehousing and shipment. identification by means of barcodes...
Group: Software
Contact supplier

Software of the ERP system
In stock
The special modules for production of furniture of MCS developed by HOMAG eSOLUTION firm perfectly supplement neutral industry functionality for logistics, finance and CRM of such systems as Microsoft Dynamics NAV, LIGNOS and other ERP systems. The review of the software of ERP for furniture...
Group: Software
Contact supplier

Software solutions of COE: graphic processing of orders and a configuration for manufacturers of various furniture
In stock
COE is a specialized planning of orders for the woodworking and furniture industry. COE is integrated into the common decision with such leaders in the market systems for planning and resource management of the enterprises as, for example, SAP, Microsoft Dynamics or other solutions of planning and...
Group: Software
Contact supplier

The software for the industrial enterprises woodCAD |
In stock
The option of a product PROFI of our software package woodCAD|CAM is ideally suited for industrial use: construction for individual production in the 3D format, planning of space and the presentation, technical directories of the enterprises subsuppliers of furniture for inclusion in construction,...
Group: Software
Contact supplier

Software virtual planning and optimization
In stock
Reliability of investment guarantees - increase in profitability - reduction of time for processing Woodworking machines, installations or complex areas of production are displayed by means of simulyatsionny equipment as dynamic models. Thus, at the specified production program it is possible to...
Group: Software
Contact supplier

Machines and lines of production of doors
In stock
The HOMAG group of companies offers hi-tech machines, installations and systems for production of doors. By production of a door cloth and boxes we cover all technological chain: from cutting of raw material before packing of ready details. The highly effective equipment is supplemented with an...
Group: Equipment for manufacturing of building material
Contact supplier

Equipment for production of wooden windows
In stock
Machines with ChPU for production of wooden windows Modern windows differ in big requirements to functionality, than before. Along with excellent optics of a window have to meet the modern requirements of energy saving, a noise isolation and reliability. The HOMAG company...
Group: Lines for manufacture of window, door structures
Contact supplier

Equipment for production of ladders
In stock
Ladder as design element In addition to functional aspect of ladder today even more often carry out decor element therefore not only reliability and durability of ladder, but also its design is important. Thanks to modern process of production it is possible to create individual forms of...
Group: Equipment for the production of furniture
Contact supplier

A complete range of products and services CEWM Homag. All information about CEWM Homag in Baku (Azerbaijan).